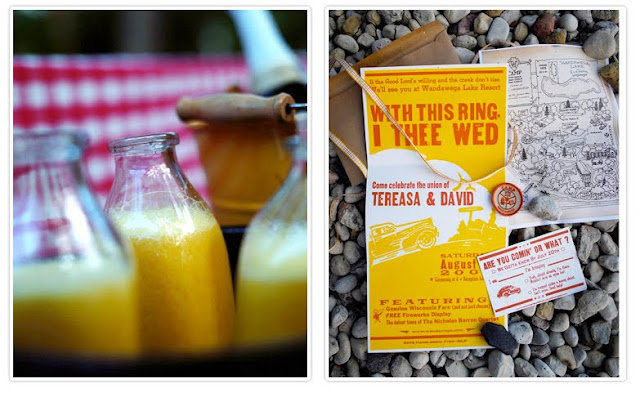 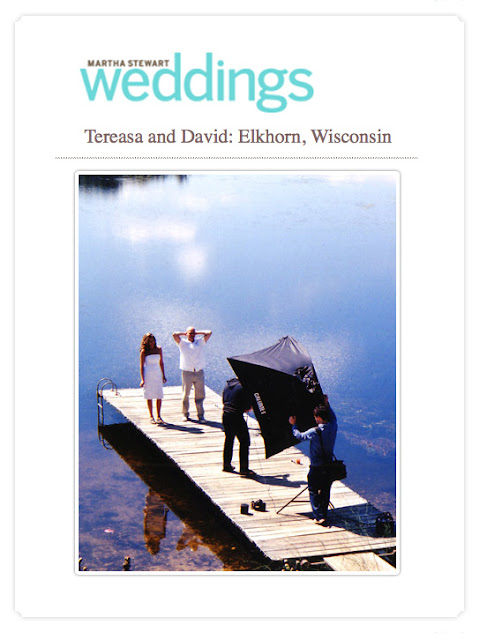 We loooove Martha. She has been the continuous inspiration for nearly every project at and around the cabin resurrection. So we were thrilled that they wanted to share The story of a little wedding on the cabin’s little lake. in the rain. five years ago.

“Originally opened in 1926, Camp Wandawega in Elkhorn, Wisconsin, features 25 acres of lakefront property. While it has had several reincarnations, it had once served as a retreat for the nearby Latvian community. David (who is half Latvian) and his family vacationed at the rustic resort every summer since his birth. But the property had suffered years of neglect, and the only real visitors were the native wildlife. After purchasing the camp in February 2004, the couple (and their extremely helpful wedding party) took six months to resurrect the abandoned camp. The lake resort now serves as a fully functional event space, where Tereasa and David host annual events and weekend escapes with their friends”

read the whole thing (and see the photo spreads) at:
http://www.marthastewartweddings.com/photogallery/tereasa-and-david