in 1946 a teenage girl had a baby in a refugee camp in Germany.
she & her parents had fled her home in Latvia
(they had found themselves in the middle of the Russians and the Nazis).

this camp was about survival, the bare minimum essentials.
so they made do.

she would make her wedding dress from the lace curtains hanging in a communal building.
her newborn daughter’s dress would be made from remnants of hankies
(with its delicate scalloped edges).

her name Janina Bikulcs.
she was David’s grandmother, who died march 22nd at age 83.

the dress was Anna’s (and likely used for her three sisters who were born later, two of them also in the camp).

when they were cleaning out her things last week, they found the little dress- tucked away.
it had survived 3 sisters, a war, 2 countries and 63 years. 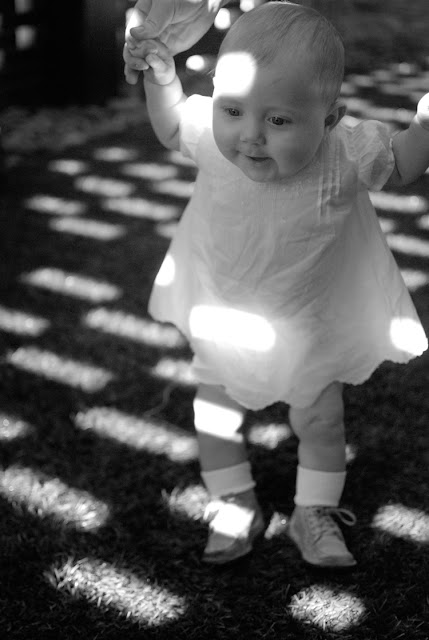 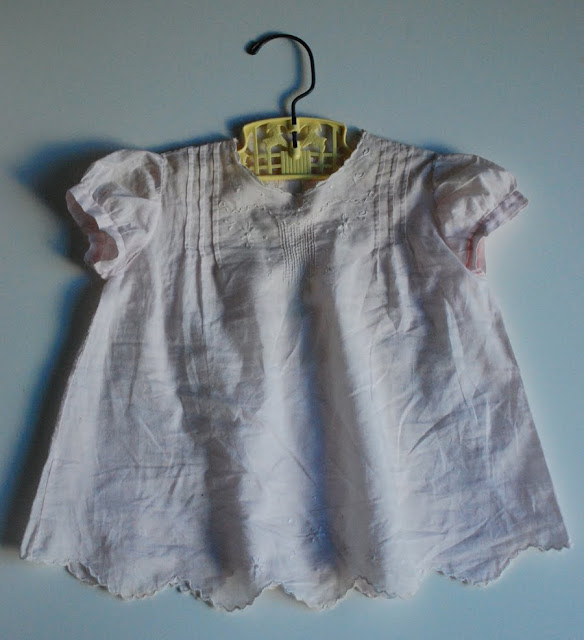 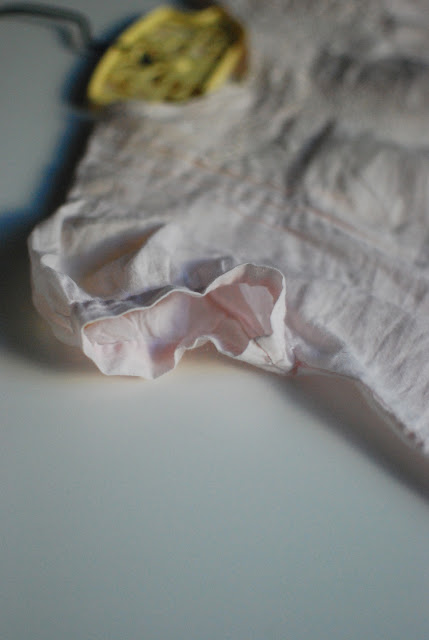 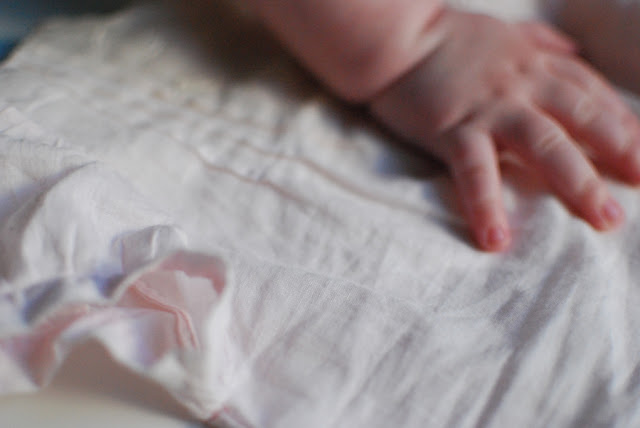