when david’s grandparents purchased their home in the early 50’s, they found a large lidded vase in the basement. they kept it for decades, and when the building was sold, david’s aunt kept it, also for decades. last weekend we were given the vase & the first thing i thought was ‘what a fantastic cookie jar’.

then we started digging online to find the source.
it was a chamber pot. 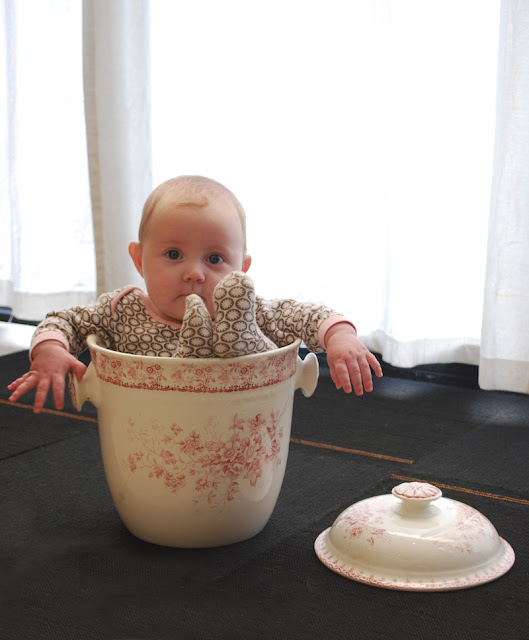 SOME STRANGE HISTORY.
A peculiar form of chamber pot, the Bourdaloue, was designed specifically for females. The oblong rectangle or oval shape of the vessel, sometimes with a higher front enabled the woman to urinate from a squatting or standing posture without much risk of mishap, and also to help deal with the clothing of the day. The name “Bourdaloue” allegedly comes from that of a famous French Catholic priest, Louis Bourdaloue (1632–1704), who delivered such long sermons that females of the aristocracy attending them had their maids bring in such pots discreetly under their dresses so that they could urinate without having to leave. However, this explanation is probably a myth.