A relaxing vacation in Camp Wandawega in Elkhorn, Wisconsin.


Lawrence Welk is playing on the stereo. I’m nestled under a plaid blanket wearing a thick, isle-print sweater, stretched out on a hulking leather couch. (It’s an unusually cold night despite the fact that it’s nearly June.) The fire is crackling, and there’s a bowl of nuts, a plate of cookies and a bottle of wine on the coffee table. I have one plan in mind this evening: to spend at least a few uninterrupted hours with my book. Save my travel companions, who are also lounging nearby, and the taxidermy raccoon crouched on the mantle, I feel peacefully alone out here.
In a sense, I could be anywhere if my one goal for the weekend is to get far enough from the city that I can calmly sink into a book. But it’s not just the location—lakeside in quaint Elkhorn, Wisconsin, surrounded by about 20 acres of woods—that makes Camp Wandawega a great escape. It’s the fact that I appear to have landed in someone else’s fantasy—specifically that of husband-and-wife co-owners Tereasa Surratt and David Hernandez.
Every corner of Camp Wandawega has been immaculately art-directed to look like a 1950s summer camp with a quirky Americana twist: the aluminum bucket for hoisting beer bottles up to the tree house, the vintage trunks and coolers used for nightstands, the antler chandeliers Surratt made herself, and the World War II beds in the official Boy Scout camp tents perched on top of the hill .
The condensed history is that Camp Wandawega started as a summer resort in the ’20s, evolved into a Latvian retreat in the late ’50s (where Hernandez would come with his family as a kid), and was purchased by the couple eight years ago. Since then, they’ve been restoring the handful of cabins and two larger buildings where they need work, but for the most part, everything from the bed frames to the artful linoleum floors to the clunky ’50s iceboxes are original. Every room is loosely themed with Surratt’s thrift-store and flea-market finds. Previously, the camp was a retreat reserved for friends and occasional weddings; this summer, three cabins (each with its own or access to a kitchenette) and a set of three tents are open to the public.
The blanket I’m tucked under is borrowed from a stack piled atop a chair in the dining room. So is the sweater. And should it rain, I’ll grab a pair of wellies lining the staircase. Despite the few bugs that make their way into my cabin and the fact that the toilet barely flushes, I feel taken care of.
I could be participating in myriad activities: hiking the one mile of marked trails, shooting on the archery range, playing volleyball, boating, fishing or catapulting myself into the clear lake from a Tarzan-style rope swing. I could even be roasting marshmallows at the bonfire pits after grilling the dinner ingredients I picked up by bike from Sugar Creek Pantry down the road. But the fact of the matter is I came to do nothing, and that’s just what I’ll do. 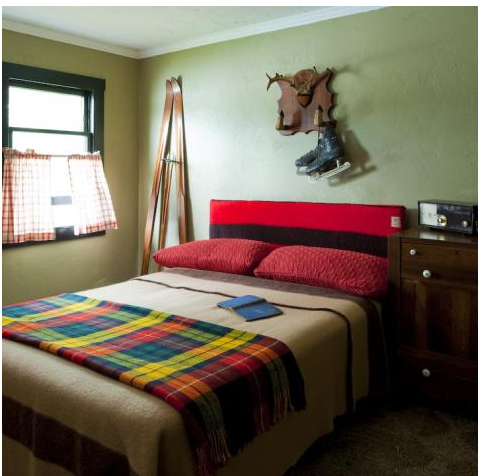 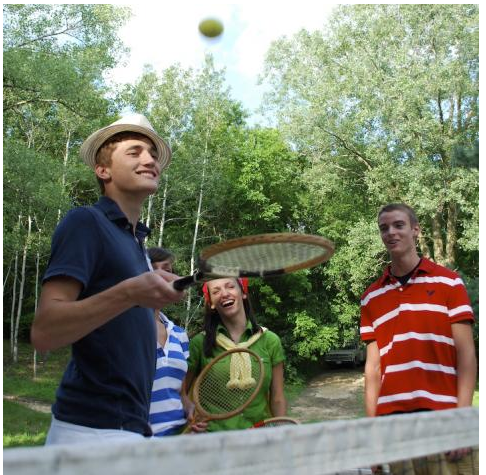 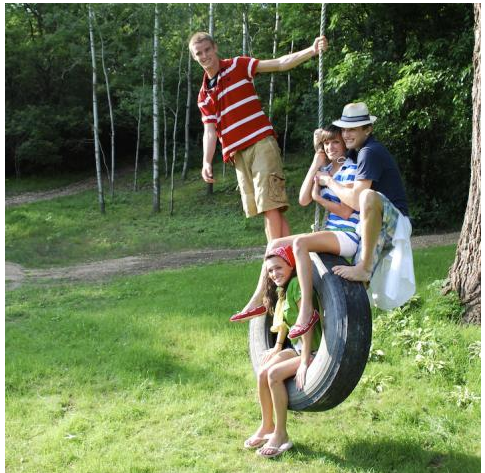 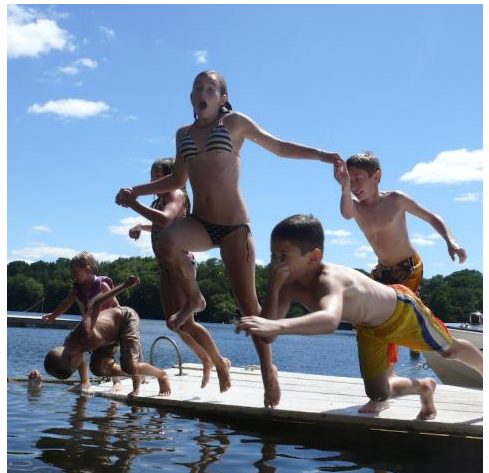 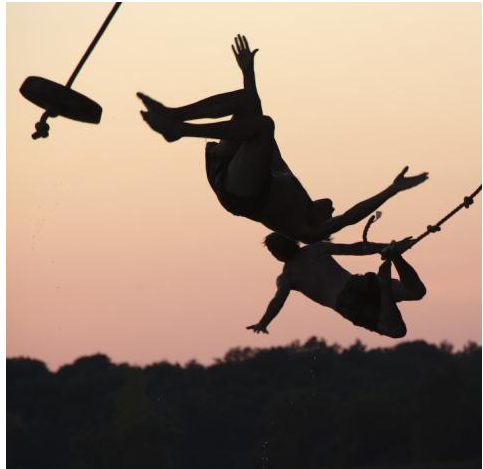 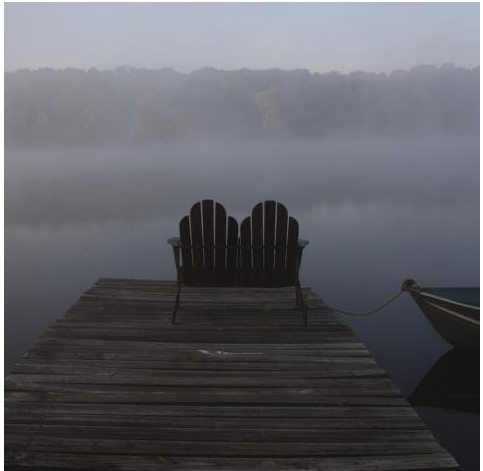 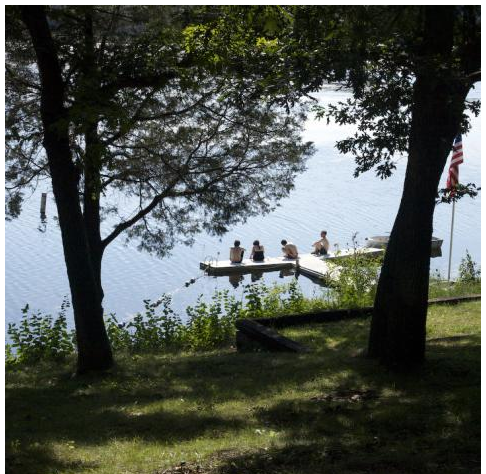 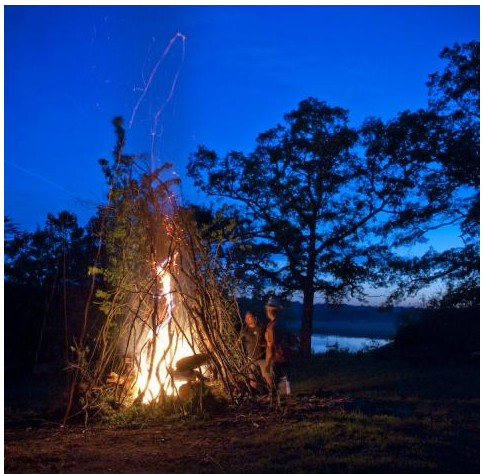