david dragged this thing out of one of the rooms. god knows how long it had been there. it was buried  under a new mattress that we had used for height.
this thing is older than dirt. (nearly 50 years, we think).
so as we were dragging said boxspring, i could’nt help but notice how freaking fabulous the ticking was. and the embroidery was. and the fantastically retro tags were.
and i just couldnt throw it away.
but you HAVE to throw away something that people have been sleeping on since the Kennedy administration. so our friends bladon & steven did the honors, skinning the box down to its coils.
a powerwashing, heavy laundry cycle and line-dry later…  it was reincarnated into this window seat cushion. 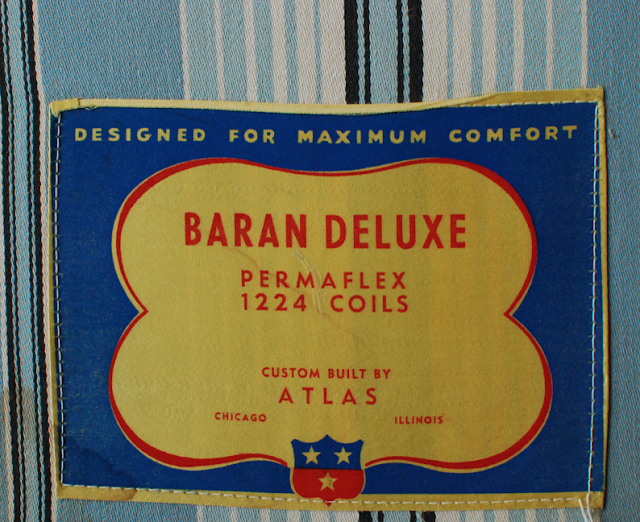 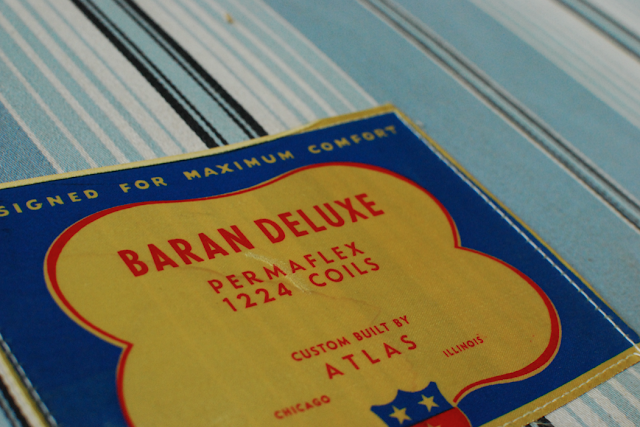 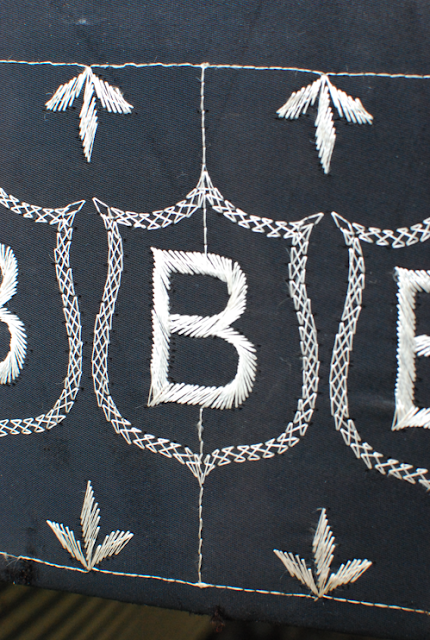 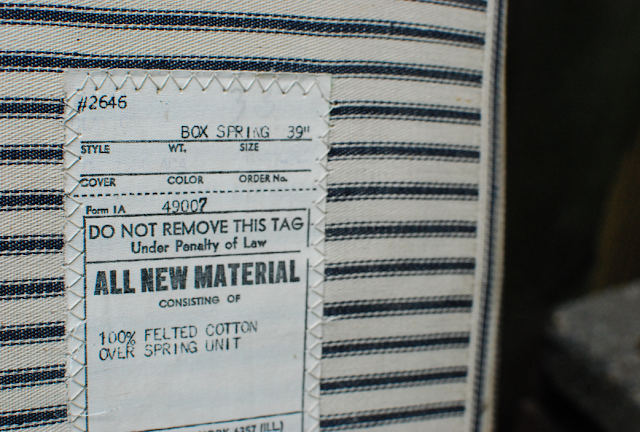 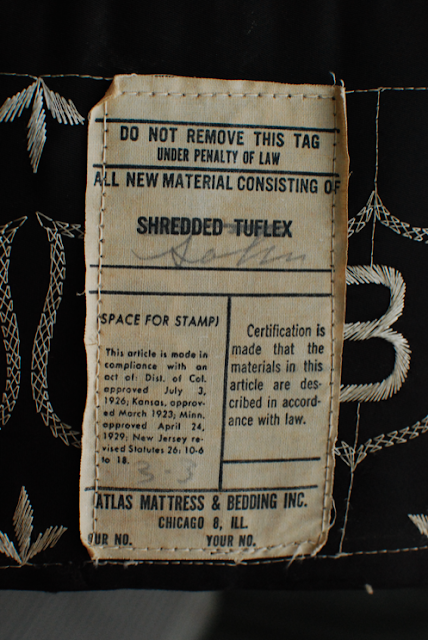 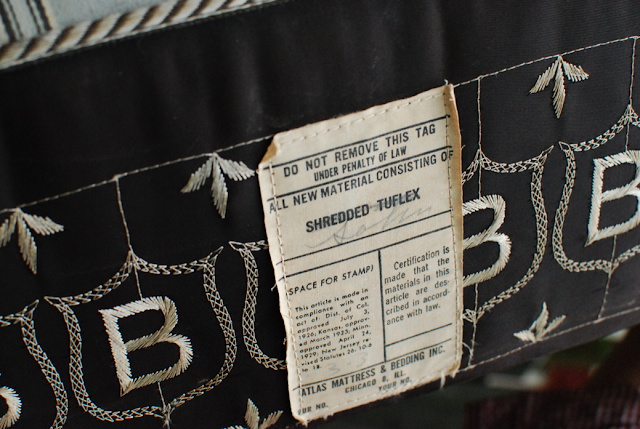 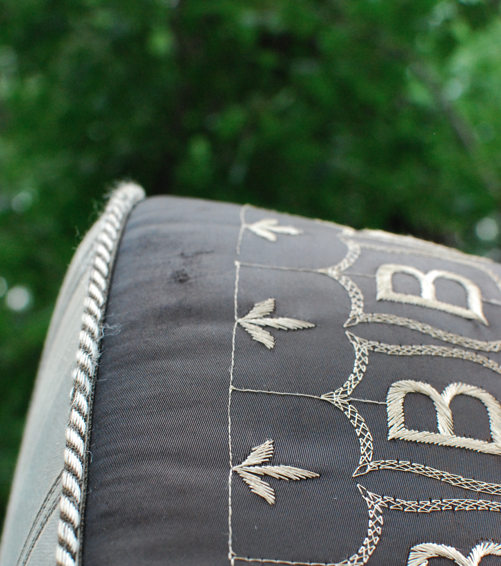 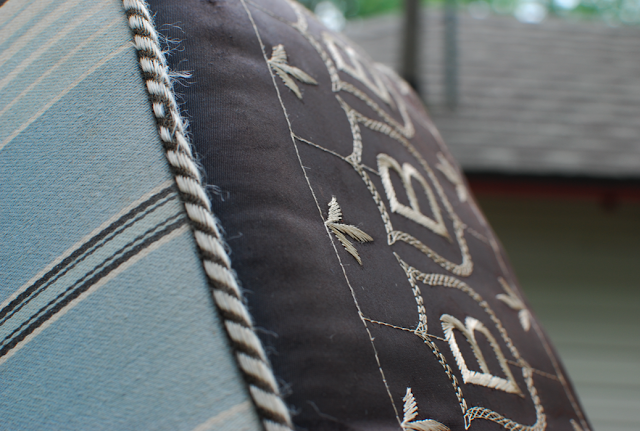 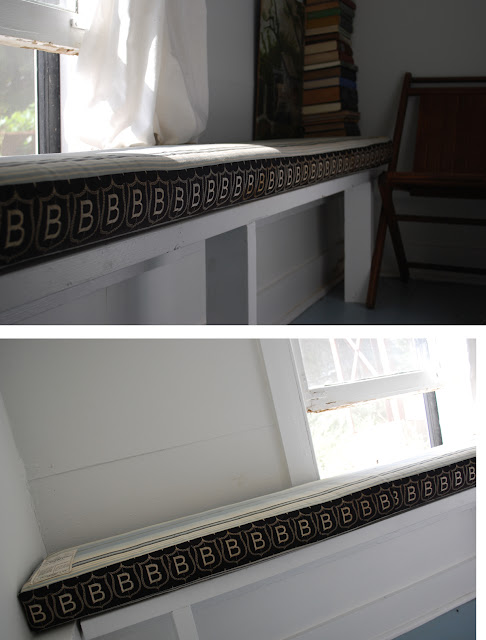