Sign painting as a craft has a special place in my heart.

I grew up with a sign painter mother.
So from junior high on- learning the craft from her…
lettering everything from pickup truck doors to store windows in the farm town of 5000 I grew up in.
(Beardstown, Illinois).

I learned enough to talk my way into a job at $6.50 and hour to work for Weatherford Signs in Carbondale, Illinois.
The shop was- and is in some respects one of the best in the midwest, and was considered ‘sign school’ at the time.
It was at the end of gravel road in Southern Illinois.
Working there, you were given the chance to learn from the masters of the brush,
including Larry Weatherford.

We learned how to cut a masks for sandblasting.
how to drape chains in the back of the truck on the neon to keep them from breaking.
how install billboards out of a cherry picker.
but mostly, how to hand- letter with a can of oneshot and good brush.
We did everything from gold leaf to building sized murals.
Looking back– It was one the most fun jobs I’ve ever had.

My main mentor was 80+ year old dude named ‘jimmy’
He had worked as a sign painter his entire life, and was one of the most talented men I’d ever known.
I worked my way up from $6.50 to $8.25 in the years I worked there from 18-21… and have been inspired by the new film ‘sign painters’ to dig out the old photo album of projects (stay tuned for a new post on projects from ‘the sign days’)

Today, like most shops-  Weatherford Signs have  converted to mostly vinyl out of necessity.
But Larry can still work a pinstriping brush:

“A sign kit from Dick Blick, some One Shot paint and a pickup truck. that started the career of many sign painters in rural america. I still have the sign kit but the original pickup has been replaced many times over. A 2007 model Elliot L-65 replaced the very experienced 44′ Van Ladder. I have been partially replaced by computer wizardry that would have seemed unbelievably futuristic a generation ago. The net income is still modest but you can’t put a price on the experience of doing something for over a quarter of a century that has always been challenging and never boring.”

Some scenes from the original shop, and some of their work:
check them out at THE WEATHERFORD SIGN GANG 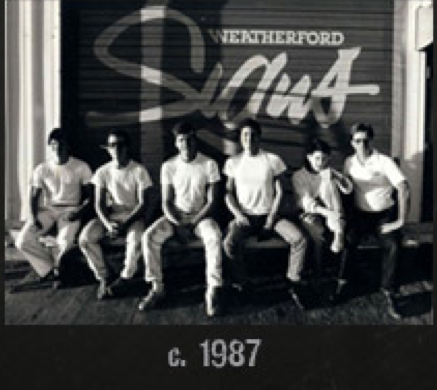 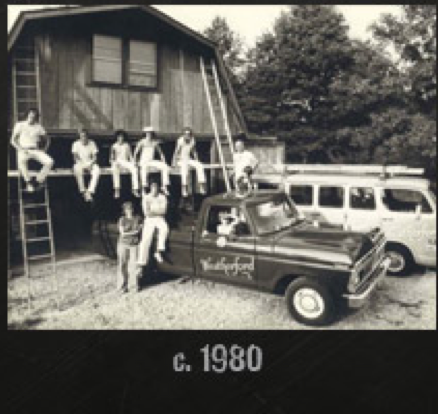 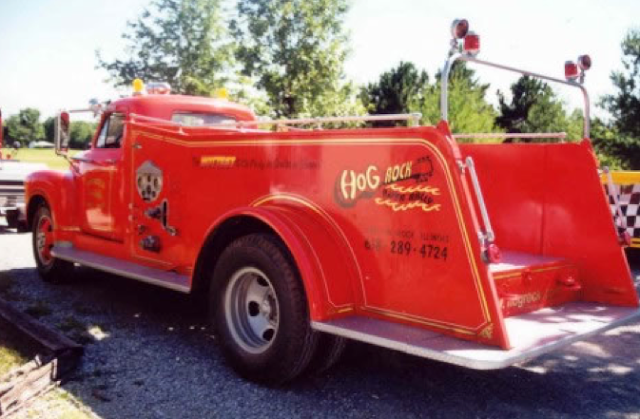 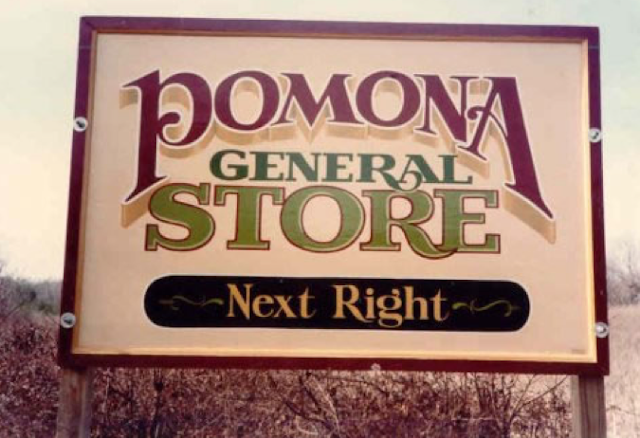 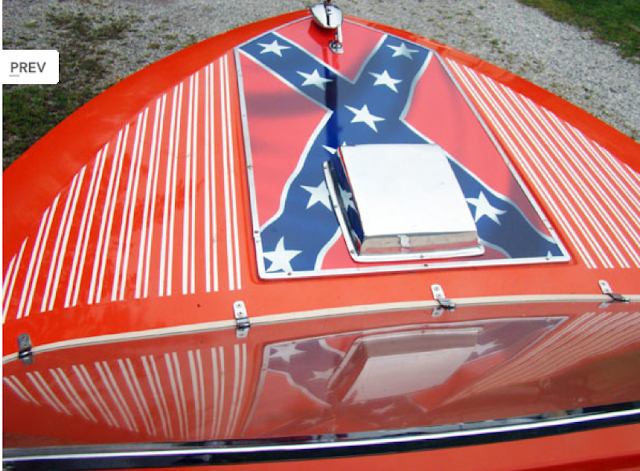 Thanks to Sam Macon and Faythe Levine we now know a lot more about the extremely talented artists behind painted signs. Watch this trailer for the film and check local listings to see where and when it is playing in your neck of the woods.
I know that our friends over at Land and Sea Dept. are presenting the film on May 17th at the beloved Logan Theater in Chicago, IL. I think there are a few tickets left so if you act fast, you might get to see this sweet morsel!
SIGN PAINTERS (OFFICIAL TRAILER) from samuel j macon on Vimeo.