Think about this: rent it for 1 week a month and pay your mortgage.
And then you can invite us up for a weekend.

WHERE IT CAME FROM

The house was first built – much over a hundred years ago – between Castalia and Ossian, Iowa, about 20 miles south of where it is now. The house was first built when Iowa became available for settlement.  The logs are mostly oak, with some later replacements with whatever was available.  The house was rebuilt at least once before to raise the ceiling on the lower floor and to replace hewn floor and ceiling joists with sawn lumber. The original squared joist holes can be seen in the long walls.In most places, old pairs of adjacent windows have been converted to wide, horizontal panes, to admit more light, and outside views.

THEN IT WAS MOVED.

The log house itself was “discovered” by a farmer who wanted to tear down an empty house on a farm he had bought in order to lower his property taxes.  He discovered it covered a two-story log home and agreed to sell it close to the cost of dismantling it.Prior to the dismantling, every log was numbered with respect to row, side of the building, and end. And when everything reached this hillside, where the retaining wall was waiting, the house was reassembled, north to south, and east where west had been, in order. Some of the plastic labels can still be found, stapled to the log ends, thirty years later. 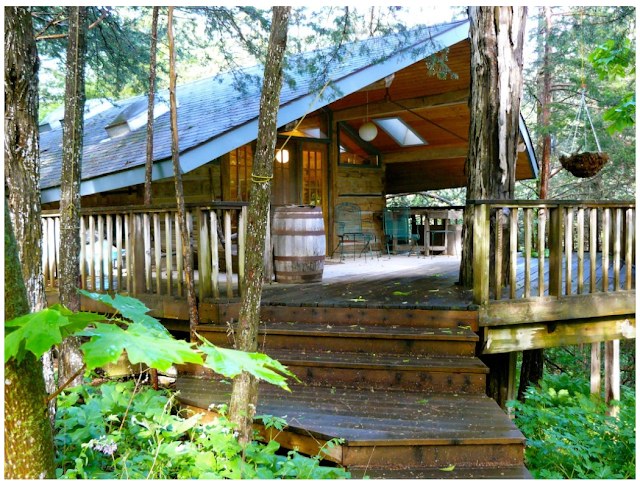 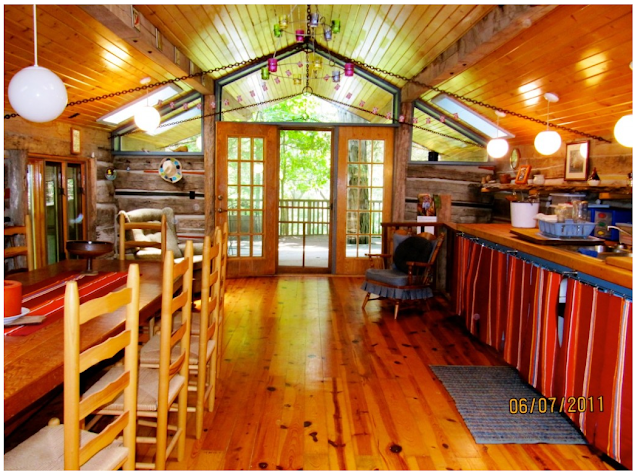 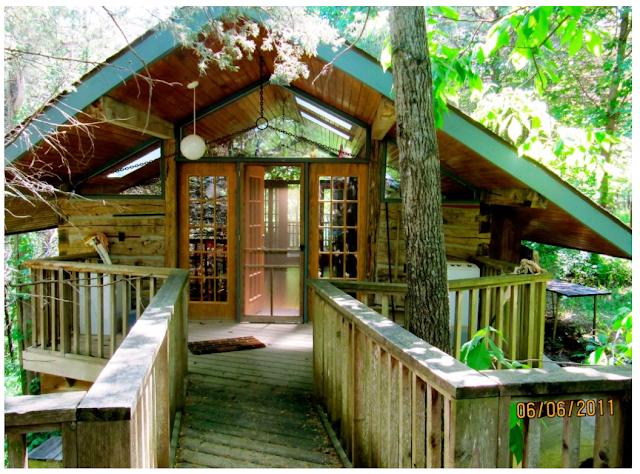 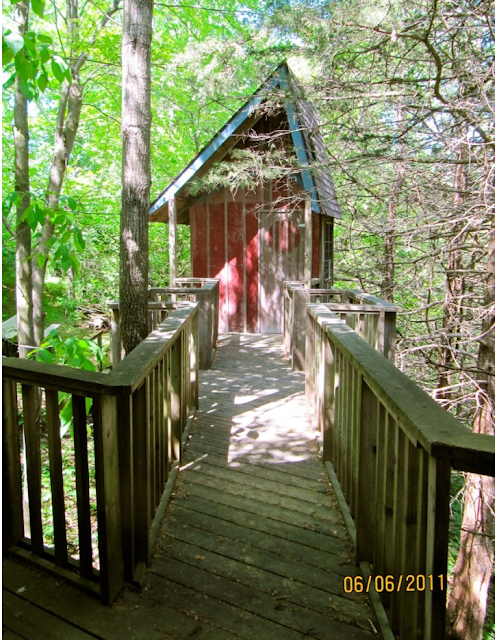