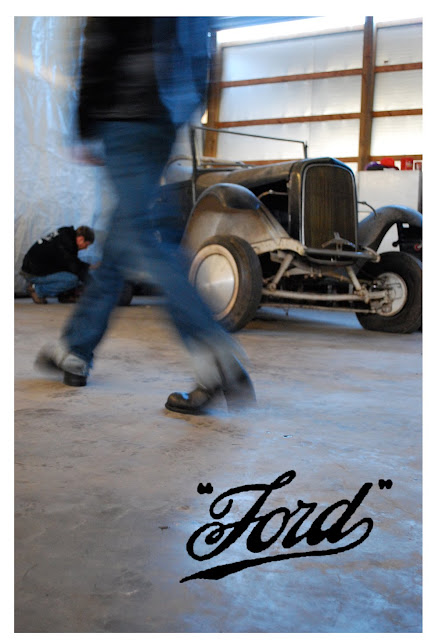 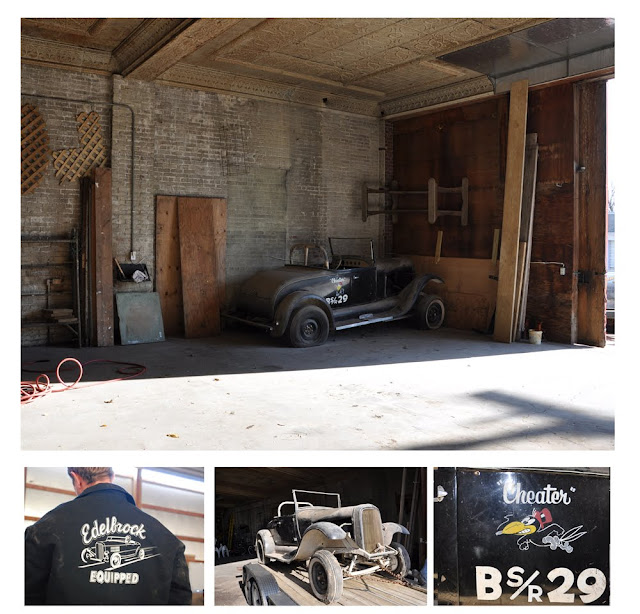 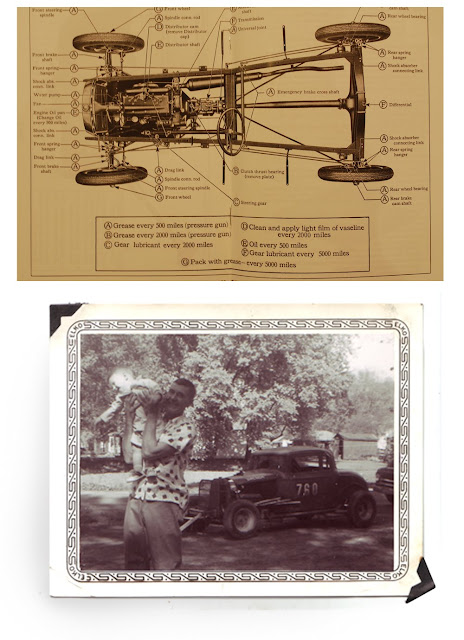 the latest found free or flea project: a 1929 Ford.
picture here: (from top)

They called her the ‘CHEATER’-
and it was a drag car that my dad used to race against in his reckless youth.
He always talked about her, how he wanted to her out of retirement- but for decades nobody could even see the building she was locked up in.

She was built to drag race in the 50’s, holding an impressive track record in the midwest, until her motor was pulled over 40 years ago and the body retired to a decrepit storage building in Arenzville, Illinois (population:400, near my hometown- Beardstown).

So- we’ve been watching this car for years, waiting for the owner to finally come around to the idea of selling her. And now- after much persuasion, begging, guilting and pleading- after over 12 years of waiting- my brother & husband are now the proud new owners.

The best thing about this Found project, is what we’re going to do with her now..
rather than stripping it down to bare metal and starting over with a concours restoration, (like most would do with a car in this condition) we plan on embracing its weather-worn corners to maintain it’s character. Its the sun faded paint & original cracked white walled tires that help to tell her story- it would seem sacriligious to strip that away with a shiny-new anything.

She is an old lady with some beautiful lines that just need to be embraced, rather than an over-haul facelift. The plan is to debut her at the Whitehall Drag strip this summer- where a reunion is held for all the old geezer who would have spent their youth racing there.

Since pulling her out this past fall, we’ve been spreading the word to find old folks who might remember her, have stories of her heyday, photos of her on the strips she frequented. and out of the woodwork, her history is being pieced back together. A old greaser from Missouri called to tell us he’d heard we were looking, and presented us with an original pit crew jacket, with CHEATER embroidered in the back. Someone from downstate surfaced with some old shots of her being trailered to a race. And scores of folks from every corner of the midwest have been calling with their stories.

This project, above all other FOUND FREE & FLEA

Check back in the spring to see progress pictures of her being brought back to life.

SHOTS FROM TOP:
– new home- the pole barn while she goes into restoration.
– where it sat since the late 60’s. untouched.
– pulling her out of the garage where shed been for nearly over 4 decades.
– (bottom shot) racing in the blood. my grandfather holding up my dad in front of his own drag car- likely a competitor of the Cheater as well.