Summer’s in full swing, and for us that means lazy summer nights out in the backyard–drinking beers and watching the cat chase fireflies.

I’ve always been fascinated by these crazy, luminescent bugs. We didn’t really have them where I grew up (in Grand Rapids, Michigan) but we used to see them when we’d visit my grandparents’ place down in Peoria. Now I get to watch them dance around my neighborhood here in Chicago.

Have you seen all of the amazing long-exposure pictures of fireflies?

Amateur photographer (and full time physicist), Kristian Cvecek, spends nights out in the woodlands near his home in Germany, using a slow shutter speed on his camera to capture the movements of fireflies among the trees. 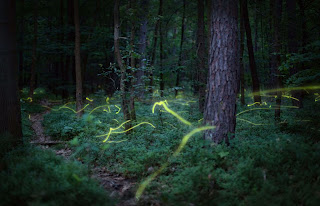 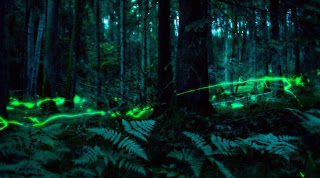 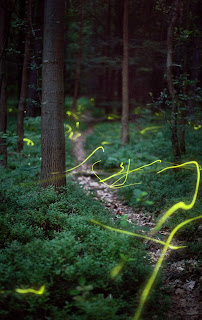 Also shot using a slow shutter speed, these images by photographer Yuki Karo were taken in various locations around Maniwa and Okayama Prefecture in Japan between 2008-2011. These gorgeous photographs capture the gold fireflies as they mate during the June to July rainy season. 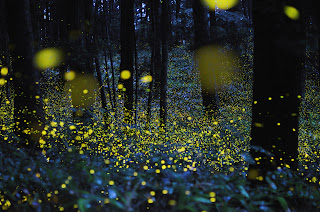 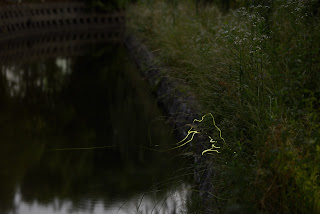 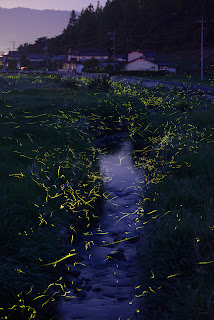 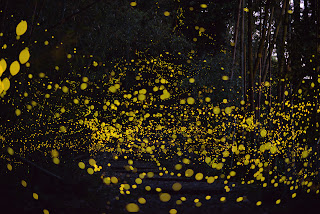 They are so magical–they remind me of Tinker Bell from Peter Pan.

If you have fireflies near you, here are some tips for catching them from Firefly.org. Remember to be careful and release them to safety–apparently fireflies are dying out. If you don’t want to hurt them, or don’t have any near where you live, you could fake it using lights or glow-in-the-dark paint or glow sticks and glitter.