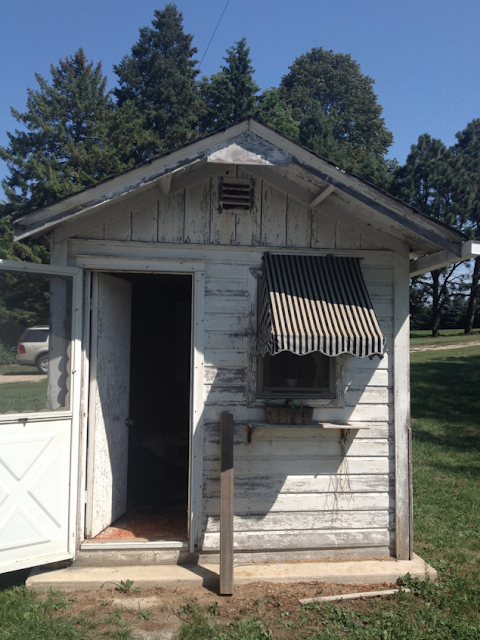 our latest project: saving a run down, nearly abandoned little cottage that was once part of a collection of cottages that bordered the shores of lauderdale lakes.
it was one of many rental cottages that were part of the majestic (now gone) Sterlingworth Inn.
The beauty of this little beauty is that is it… well, little. less than 9x9ft interior space, it was designed for guests to spend their time on the lake, not in the room.
its yet to be determined whether well use it as a play house for charlie or a sport equipment room, but   we saved it for a song and have started our plans to renovated it to its former teensy “glory”
( the perfect perch has been picked, though— up a hill – tucked into the woods- over looking the grounds. a private little spot shaded by trees.) stay tuned for the before and afters…. 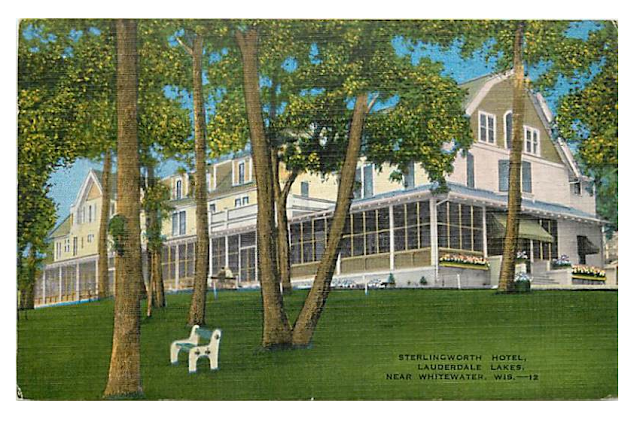 the Sterlingworth on Lauderdale Lakes (2 miles from Wandwega) some photos of it in its hayday…. 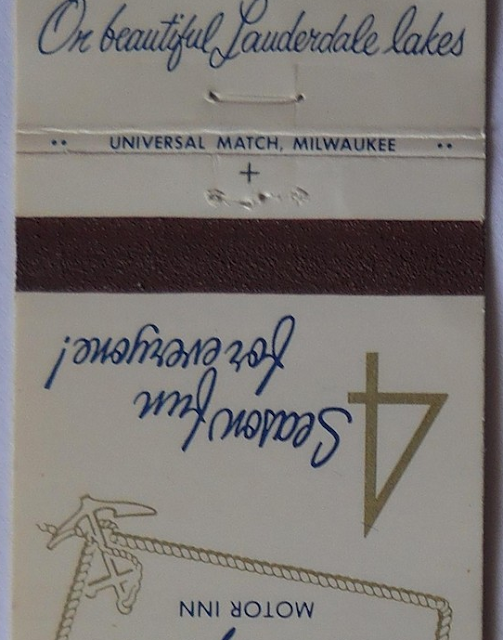 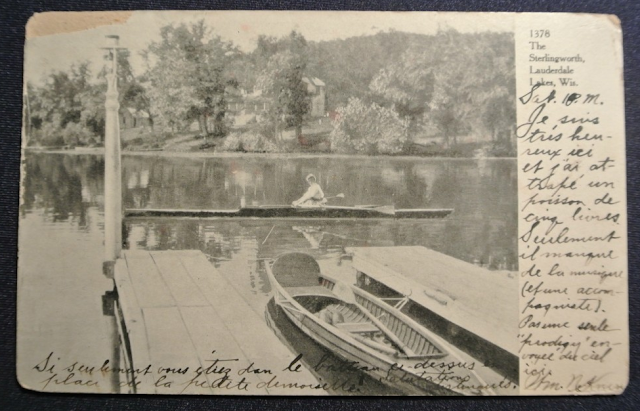 a bit of history on the hotel:

Mr. John E. Wheeler from Chicago bought
the shoreline property and began building
in 1893. The original hotel was four stories.
Later the top floor was removed. At first it
was used only in the summer, there was no
heat in the building. Kerosene lamps and
candles provided light. After the mill was
removed from the area, a hydroelectric
generator provided power until public
electricity came to the area,
Danny Seymour was the last owner of the
Sterlingworth Hotel”
and- some initial plans for the interior (if it becomes a guest room)
INTERIOR:
* black lacquer floor planks.
* vaulted ceiling
* suspended bed from ceiling joists (bed frame of solid black oak timbers)
* antique block and tackle for thick rope suspension
* pendleton navajo wool blanket on single mattress
* antique low trunk storage beneath
* back wall of alternating widths of salvagled clappboard cedar
* convert vintage flashlights into wall sconces
* are rug of hide or natural fiber
EXTERIOR:
* new (vintage) cottage door + screen door
* replace both N & S facing windows with 4-pane vintage
* paint exterior white
* restore original canvas striped window awnings
* new cedar shake roof
* full-cabin width deck off front of cabin
* pair of black adirondack chairs for front deck 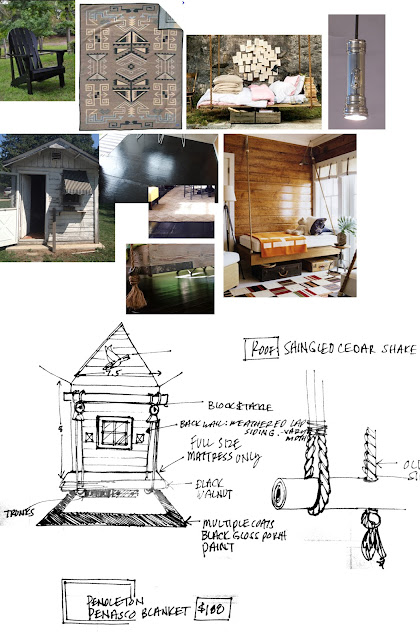