I love maps of summer camps.

There’s such a sense of wonder and discovery at a camp, so their maps end up feeling more like treasure maps than regular road maps. Actually, maybe a treasure map is a bad analogy since it’s not really about showing you how to get somewhere so much as it’s about showing you where you are once you’ve already stumbled upon somewhere.

It’s fun to be able to compare old maps to new ones. I love to see how the illustration styles have changed and it’s interesting to look at how a camp’s layout evolves over time. 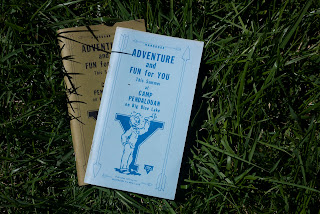 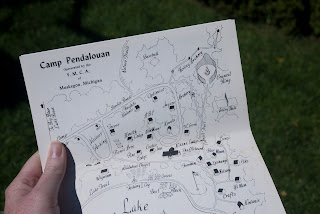 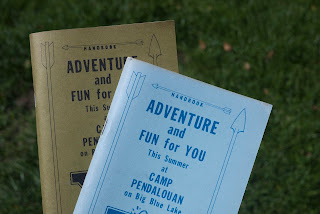 I know I’ve mentioned YMCA Camp Pendalouan about a hundred times (it’s where Michael and I got married) but I thought I’d share an old map of the place, found in a set of 1969/70 Pendy handbooks that I got as a gift. The vintage illustrations are so simple and whimsical. The new map, drawn by the awesome Egan Franks, has more of a kid-friendly cartoon style. If you look closely at the maps, you can see how much the camp has changed in the 40+ years since these books were published. 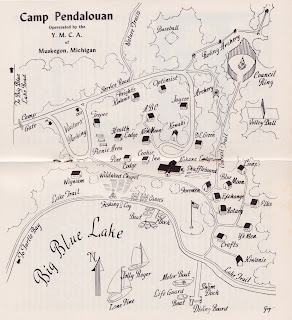 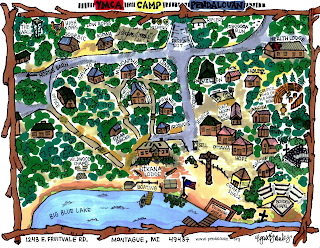 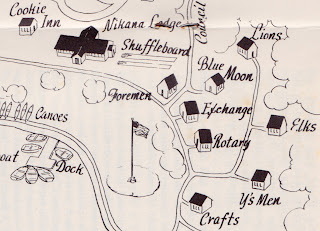 If you missed it before, you can see the modern map (and visual identity) of Camp Henry that I shared awhile back.

[image credits: all photos/scans by me, Hillary; vintage Pendalouan map signed in corner by artist named Gay; new map is by Egan Franks]